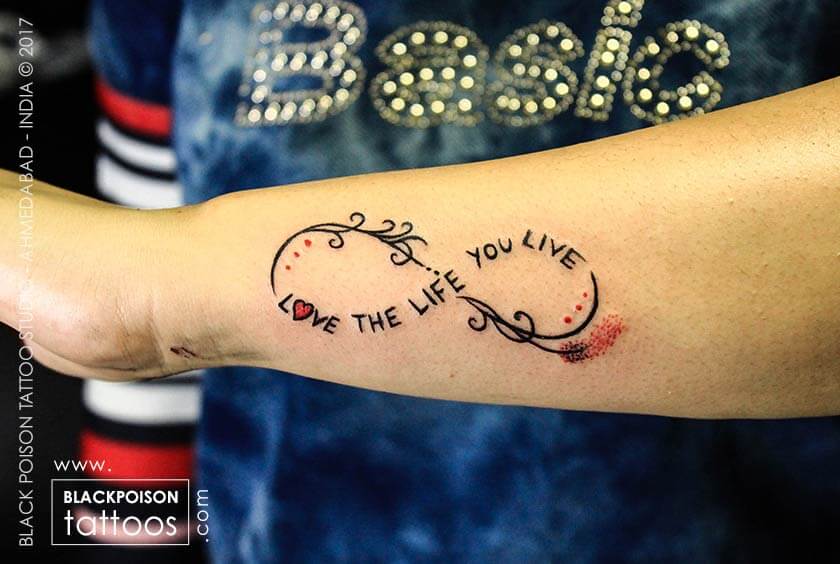 Infinity tattoos are steadily on the rise with many people opting to get these in one form or another.

The infinity symbol, often used in mathematics, represents a never-ending loop and is depicted as a number 8 on its side. In the tattoo world, this can be seen as a symbol of never-ending or limitless possibility. Some cultures also believe it to represent rebirth or reincarnation.

Historically, this symbol is similar to mythological creatures such as Ouroboros; the snake which consumed its tail and became a creature without end. Often when people get their infinity tattoo, for this reason, they are showing that they are both into mythology and that they like the creatures that the symbol represents. These aren’t the deepest meanings for the infinity tattoo, but they can always attach more meanings to the design later on.

The endless loops and circles that comprise the infinity symbol can also be likened to the seasonal cycle which endlessly repeats year after year.

In this way, the infinity tattoo could mean that the person wants to keep their eye on the ball no matter what time of year it is. It could also mean that they don’t necessarily have a favorite season. But instead choose to enjoy their lives regardless of the time of year it currently is.

These infinity tattoos, while simple, can be customized in a variety of ways.

Popular choices for this type of tattoo include a word or phrase. Inside the loop, such as “love”, “life” or “friendship”.

These, of course, signify a relationship that will never end. And are often used as matching tattoos for two or more people.

One can even add additional symbols such a hearts, stars or other embellishments. To add to the flair of the design.

The fact is that the infinity symbol itself is a bit bland unless holds a lot of meaning to you.

so many people decide to surround it with other images that make the meaning come to life a bit more.

As always, it comes down to the tastes of the person getting the infinity tattoo.

If they are able to find a design that works well with the infinity symbol.