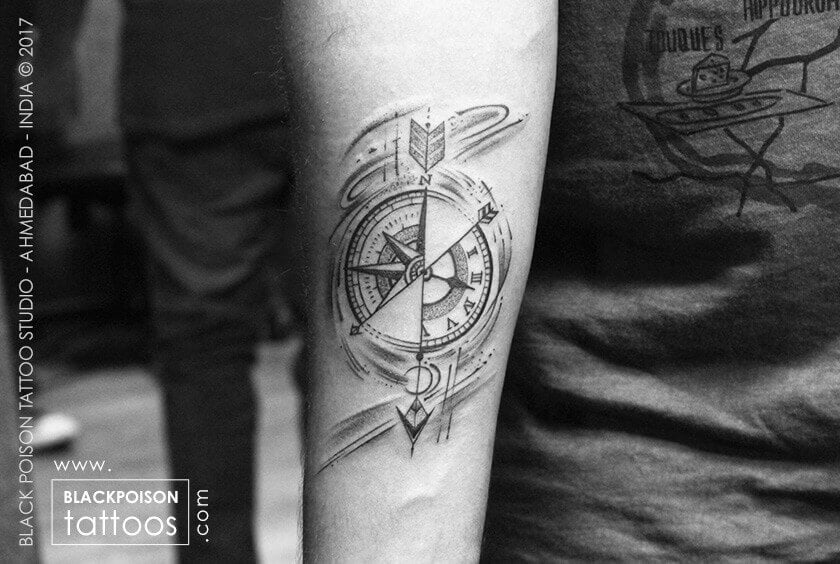 A nautical compass tattoo is a great way to show off your love for sailing.

The Nautical Compass Tattoo is a symbol of perseverance and determination. This tattoo design is often used on sailors who want to stay true to their path through life.

While the compass tattoo is not normally thought of as a popular “lucky charm” tattoo, it’s not hard to see why someone might give their tattoo this meaning. It is the type of tattoo you can look at when you have lost your way and use it to turn yourself around. When someone gets the compass tattoo to represent luck, they will usually get additional designs around it to make the meaning a bit more clear.

Compasses give many a sense of security concerning their direction.

We trust and understand the magnetic guidance that’s provided by the compass. Others use the compass on their body to symbolize remaining on course when faced with hardship. The compass can also be compared with the North Star as its placement stays reliable and static. The home can be located by a compass as well, and it’s because of this many travelers and adventurers adorn themselves with the compass tattoo. Compass tattoos can be embellished with globes and nautical stars as to adequately portray this meaning.

Widely seen as a protective ornament, the compass has for a long time been held in high esteem by many. Military servicemen and women have used it as a symbol of their loyalty and reliance to their branch in the military.

Because it’s always pointing to the north and never changes, many view it as a beacon of inspiration.

A compass without a direction indicator can show a broken compass.

One with a wildly spinning arrow can mean confusion or uncertainty. One with a considerable long chain can show attachment to the associated meaning.

For instance, a chain connected to a religious item and a compass could indicate, that the person gets their direction.

A broken face plate can mean a lack of dependence on such tools. A compass that’s moldy or water filled.

A compass that moldy or water filled can show age or self-reliance.