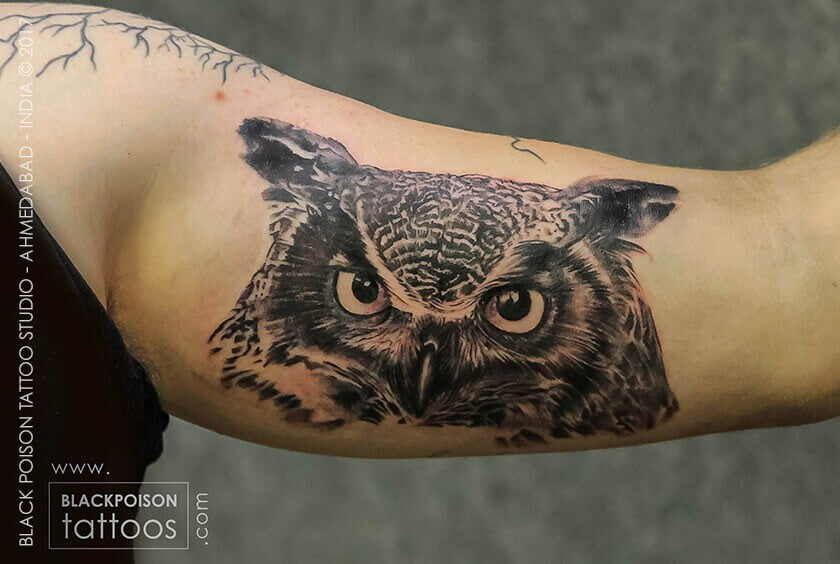 Tattoos have different connotations and the owl tattoo meaning is just among such. As a bird, the owl has been linked to many things useful in giving the best meaning to your owl tattoo. Different cultures have attached different meanings to the owl tattoo. Some of the cultures that have found interest in the owl are the Egyptian, Celtic, and Hindu among others.

The ancient Greeks revered the goddess Athena, who was supposed to be the goddess of wisdom and guardian of the Acropolis. Her symbol was the owl, so the bird became a symbol of higher wisdom. The owl was a bird of prophecy and wisdom in many ancient cultures

Symbol of wisdom, education, and intelligence

Undeniably, the owl is a carrier of many symbols. However, this is not a big surprise because the bird’s appearance is unique. It is rarely seen especially during the day. Mostly, it can be found at night, and therefore the beliefs can be many. It represents something precious that is not easily found but through a struggle and great search.

The owl tattoo is a complicated and beautiful work of design that is very much appealing to the eye. For a long time now, the owl tattoo symbolism is connected to education and wisdom. The Native Americans believe the owl to be the protector of sacred knowledge, hence regard it as a symbol of intelligence.

Symbol of freedom and vision

Just like the beliefs that birds are known to be free by flying wherever they please, the owl tattoo can symbolize freedom.

The owl with its big eyes is a great hunter. It is known to look for its food in an organized quiet manner even when flapping its wings. An owl tattoo will thus be used to symbolize vision. Weather forecasters of ancient times used the owl in their work. It was also useful in telling important weather conditions for different seasons.