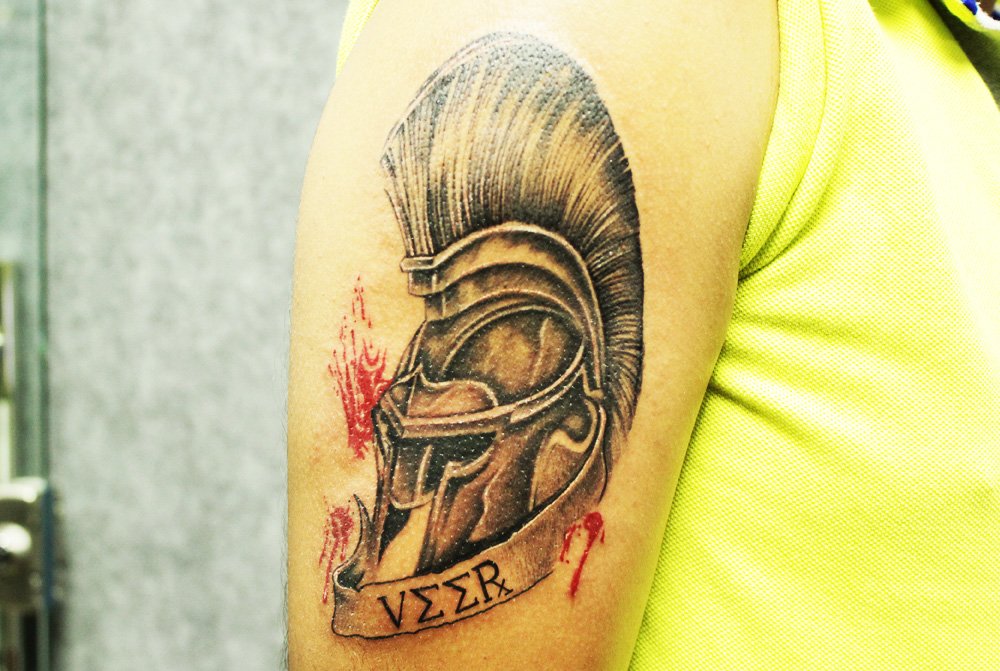 Enemies of the Leading Greek city states met instant defeat fighting again the near untouchable Spartan army. Their mastery of battle skills, warfare tactics and combat strength were virtually unsurpassed until the Battle of Leuctra.

At one point in time, the Spartans fared as not only the strongest but also most efficient warriors.

Thanks to the battle of Thermopylae against the Persians, their military prowess gained considerable fame. Perhaps you’ve seen the movie 300, which depicts 300 Spartan hoplites holding back an entire army.

Though not the end victor against the massive opposing forces, they still left behind a considerable lengthy trail of their enemies blood.

During battle, they were armed with the dory, which is a large spear, a chest plate, bronze cuirasses, leg grave and a helmet. Not to mention, these soldiers also carried a small sword for close combat.

Now, if that sounds like a considerable amount of gear, just remember that the Spartans also fought with a hoplite shield called the Aspis.

In terms of symbolism, you could attribute it to the pinnacle of being one of the most lethal and feared warriors. Unrivaled bravely, incredible sheer strength and stamina, and a relentless drive for victory paint their picture quite well.

Regardless of your interpretation or meaning, just about every man can respect the authority and power they once commanded. To help you visualize their battles, I’ve put together a guide of the top 50 best Spartan tattoo designs for men. You’ll discover masculine ideas and witness incredible acts of war!