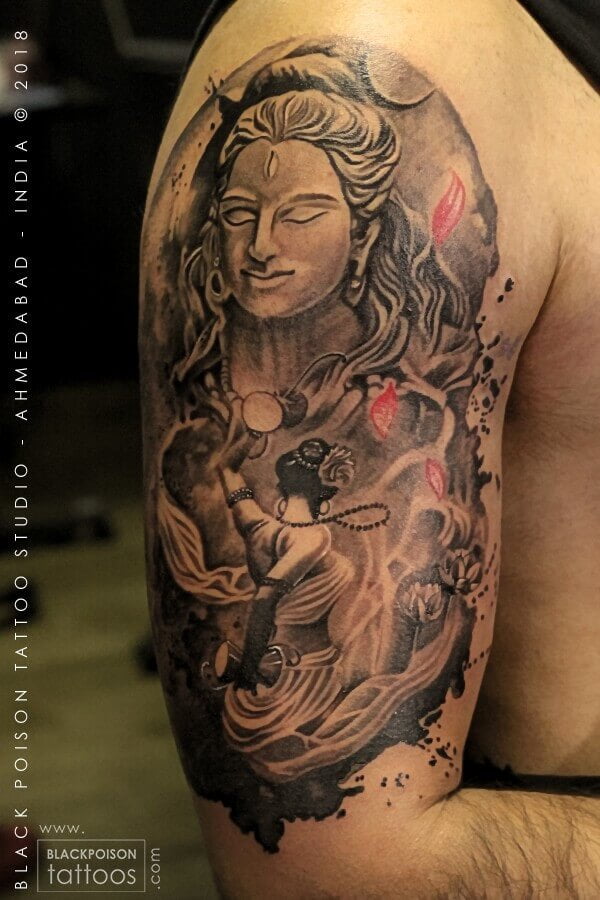 The significance of Crescent Moon on Lord Shiva’s Head

Shiva Tattva is where there is no mind and the moon signifies the mind. When there is no mind then how can this ‘no-mindedness’ be expressed and how can anybody understand it? You need a little bit of the mind to understand, experience and to express.

The no-mind, infinite consciousness requires that little bit of mind to express itself in the manifest world. So, to express that inexpressible, that little mind (crescent moon) is on the head.
Wisdom is beyond the mind, but it needs to be expressed with a tinge of mind and this is symbolized by the crescent moon.

Damru symbolizes the Universe which is always expanding and collapsing. From an expansion it collapses and then it re-expands, this is the process of creation.
If you see your heartbeat, it is not just one straight line but it is a rhythm that goes up and down. The whole world is nothing but rhythms; energy rising and collapsing to rise again. So the damru signifies that. Look at the shape of the damru, from expansion it collapses and again expands.

In the state of meditation when the eyes are closed, it gives the impression that the person is sleeping, but he is not asleep, he is alert. To express this state of consciousness, a snake is shown around Lord Shiva’s neck.

Shul means problems or suffering. Trishul means that which destroys all kind of suffering.
Three types of pain that arise in life:
1. Aadibhautik (physical)
2. Aadhyaatmik (spiritual) and
3. Aadidaivik (ethereal)
What relieves you from all the problems and suffering is the trishul. And it is in the hand of Shiva.