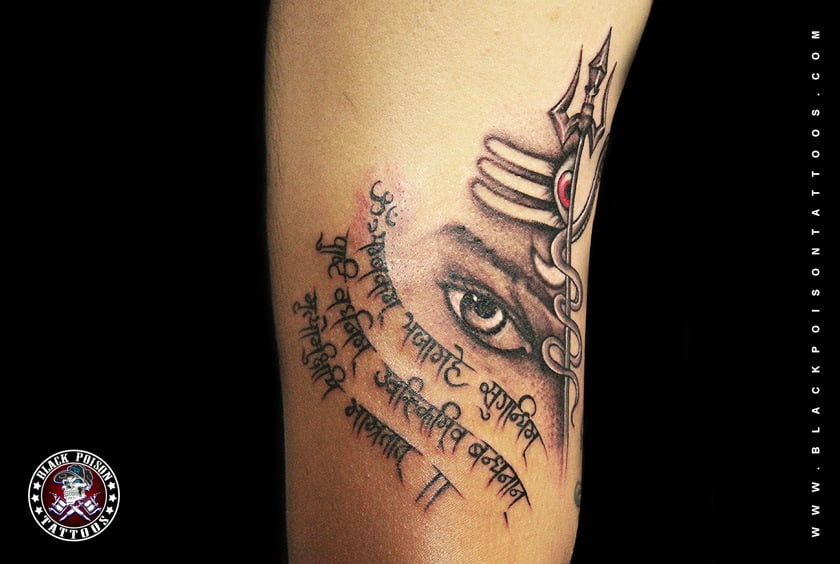 The Maha Mrityunjaya Mantra is a prayer to Lord Shiva (part of the hindu trinity, the lord of destruction, penance and meditation) for help in overcoming “death”. The seeker is more concerned with avoiding spiritual “death” rather than physical “death”. The mantra is a request to Lord Shiva to lead us to the mountain of meditation, which is indeed Lord Shiva’s abode.

Legend has it that Lord Shiva appeared before his devotee Markandeya (who was destined to die at the age of sixteen) and stopped his aging process a few days before he was supposed to turn sixteen. Thus, death would never be able to claim him! Hence, this mantra is also referred to as the Markandeya mantra in classical hindu studies. The mantra should ideally be repeated 108 times, twice daily, at dawn and at dusk. It is particularly useful for meditation and yoga practice.

Lord Shiva is often portrayed as the supreme ascetic with a passive and composed disposition and that is what we wanted to capture in this particular tattoo. Although a very complicated deity, Shiva is one of the most fascinating of Hindu gods.

Shiva is ‘shakti’ or power, Shiva is the destroyer, the most powerful god of the Hindu pantheon and one of the godheads in the Hindu Trinity. Known by many names – Mahadeva, Mahayogi, Pashupati, Nataraja, Bhairava, Vishwanath, Bhava, Bhole Nath – Lord Shiva is perhaps the most complex of Hindu deities. As body art, Lord Shiva designs can go anywhere on the body from your arm to your shoulder blade but giving the design a twist definitely makes it unique.