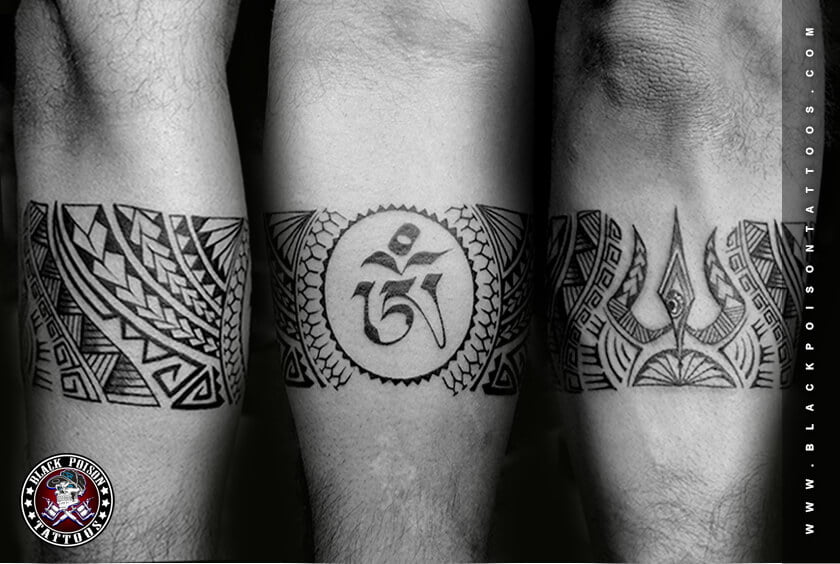 The three feminine (shakti) powers of will, action, and wisdom symbolized by the Trishula.  Inspired by the many meanings associated with the symbol we have come up with beautiful art piece.

As tattoo lovers say, it is a holistic spiritual, emotional, mental, and physical experience that is permanent at every level. Tattoos are extremely personal, and while they might seem modern, cool, and trendy, they mean much more than a shape or symbol.Most of us worship Lord Shiva without understanding the deep meaning of him. Shiva is ‘Shakti’ or power.

Lord Shiva is also considered to be the most unique of all Hindu gods and also the God of all. Shiva is often shown with many faces, as creator, destroyer and preserver in total command of the cosmos. He contains both good and evil. The main iconographical attributes of Shiva are the third eye on his forehead, the snake Vasuki around his neck, the crescent moon adorning, the holy river Ganga flowing from his matted hair, the Trishula as his weapon and the Damru as his musical instrument.He blesses his followers with grace, knowledge and peace.

As discuss above, that Shiva is the supreme Power in among all god. So shiva is the most favored and as the god of yogis too. So there are millions of people who worship lord shiva very truly. People wants a design to reflect their spiritual beliefs, so people look out for shiva tattoo designs and symbols like Om and Trishula with the third eye.

In different Eastern religion scriptures the Om, Trishula and third eye is a symbol of rich and deep meaning. That extends into the universe. The Om holds secrets far older than written texts. This symbol is used in chanting spiritual texts, & has been a part of Hindu, Buddhist, and Jain meditative practices for centuries.

Trishula has come to symbolize several important ‘triads’. First, there is the Hindu trinity of deities – Brahma, Vishnu and Shiva. It also stands for the aspects and powers associated with these gods — Creation, Preservation and Destruction.

Take a look at these designs and tattoos and get your Shiva inspiration from here.