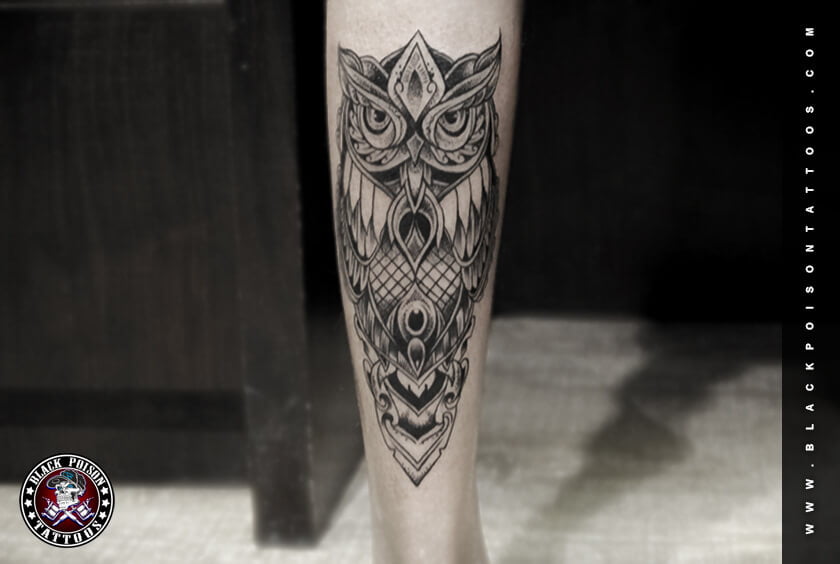 Of all the popular tattoo concepts, the owl might have the most mysterious of them all. The owl tattoo is considered to be popular for both women and men because it is both stylish and has significant symbolism connected with it.

Depending on the meaning you attach to your owl tattoo, the connotations can be linked to many mystical and endearing qualities. The Egyptians, Hindus, and Celtics regard the owl as an intelligent, wise, and complicated creature.

Similar to the ability to hide out of sight during the day, the owl tattoo represents both a great search and a complicated struggle to find oneself.

The Dark Side of the Owl

While many see the owl tattoo as a representation of mystery and wisdom. It is important that you understand this creature does also represent a very dark side. Considered the symbol of death in many cultures, the owl has an association as the guardian and protector of the dead.

Referred to as the “Angel of Death”, many people believe that the owl has the ability. To communicate with those who have long since passed on.

Being able to communicate with the underground world is a terrifying concept for many people.

Dating back to the time of the ancient Greeks. Connected with the goddess Athena, the owl tattoo can represent a degree of holiness or godlike qualities.

The Hindu religion associate owls with the goddess Laxmi.

This association to the meaning of affluence is a very appealing connection many considerations when choosing the owl tattoo design.

Others see the owl as a representation of vision and freedom, being able to up and fly anywhere at anytime.