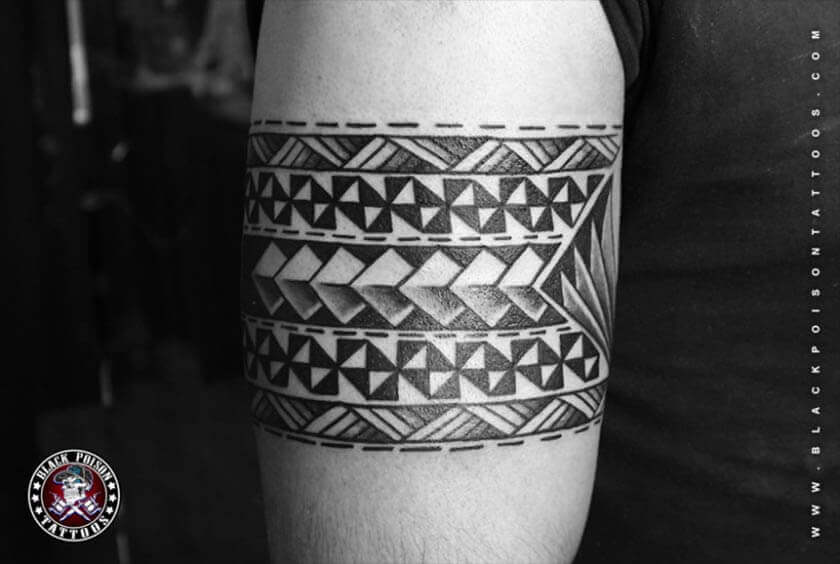 Maori tattoos are begin in New Zealand. They started from a love affair between a very young man called Mataora and a princess whose name was Niwareka who was from the underworld. It is said that Mataora beat Niwareka which resulted to Niwareka going back to her father’s home. Mataora was left alone and during this period, he griefed having hit Niwareka and decided to look for her. He went and begged for forgiveness and Niwareka accepted it. Mataora tattooed this form of Maori tattoo as a reminder to avoid evil actions of beating his wife.

Maori tattoos had great significance among the maori tribe. One of the main meanings of this type of tattoo is the world beyond. This is very important to some people who belief by having such symbolism in their body, it will keep them off diseases or any disaster that may befall them.

Enata: this Polynesian motif symbolizes both humans and gods. A reversed enata symbolizes an enemy.

Lizard: also portrayed as a gecko, this tattoo design represents a creature with the power to communicate with gods. That a lizard tattoo design brings good fortune to the wearer.

Marquesan Cross: based off of the turtle’s shell, this abstract tattoo design symbolizes the balance between the elements, as well as universal harmony.

Ocean: the Polynesians believed that the ocean was their final destination, the place where they would go to die. Hence, the ocean came to symbolize death and the world beyond. Since these people relied so heavily on the water as a source of nutrition, it also represents fertility abundance.

Spearheads: these geometric designs are an expression of courage in battle. A line of spearheads facing the same direction represent the defeat of the enemy.

Sun: as the most important element of Polynesian society, the sun stands for richness, brilliance, and rebirth.