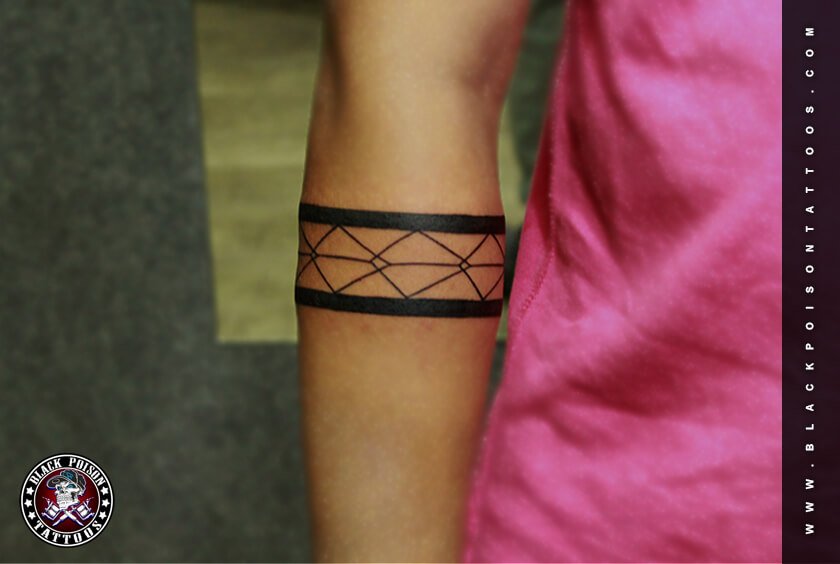 Spearheads are usually in combination with other symbols to express certain meanings.

One thing that is certain is that the term Polynesian or Polynesia incorporates many tribes including Marquesans, Samoans, Niueans, Tongans, Cook Islanders, Hawaiians, Tahitians, and Maori.

Moana (ocean) and mana (spiritual force and energy) are two terms that transcend all Polynesian cultures.

The Origins of Tattoo Art in Polynesia

Historically there was no writing in the Polynesian culture so the Polynesian’s used tattoo art that was full of distinctive signs to express their identity and personality. Tattoos would indicate status in a hierarchical society as well as sexual maturity, genealogy and ones rank within the society.

However, the European navigators showed little interest due to the lack of valuable resources.

Captain James Cook (as mentioned in our comprehensive guide to Maori tattooing) was the first navigator trying to explore the aforementioned Polynesian triangle.

In 1771, when James Cook first returned to Tahiti and New Zealand from his first voyage, the word “tattoo” appeared in Europe.

He narrated the behaviors of the Polynesian people in his voyage, which he called tattaw. He also brought a Tahitian named Ma’i to Europe. Since then tattoo started to become rapidly famous, predominantly because of the tattoos of Ma’i.

Another legend is that European sailors liked the Polynesian tattoos. So much that they spread extremely fast in Europe because the sailors emblazoned the tattoos on their own bodies.

The actual tradition of Polynesian tattooing existed more than 2000 years ago. However, in the 18th century the Old Testament strictly banned the operation. But it became very difficult to sterilize the wooden and bone tools.

The revival of the art and practice of tattooing, particularly in Tonga in recent years.