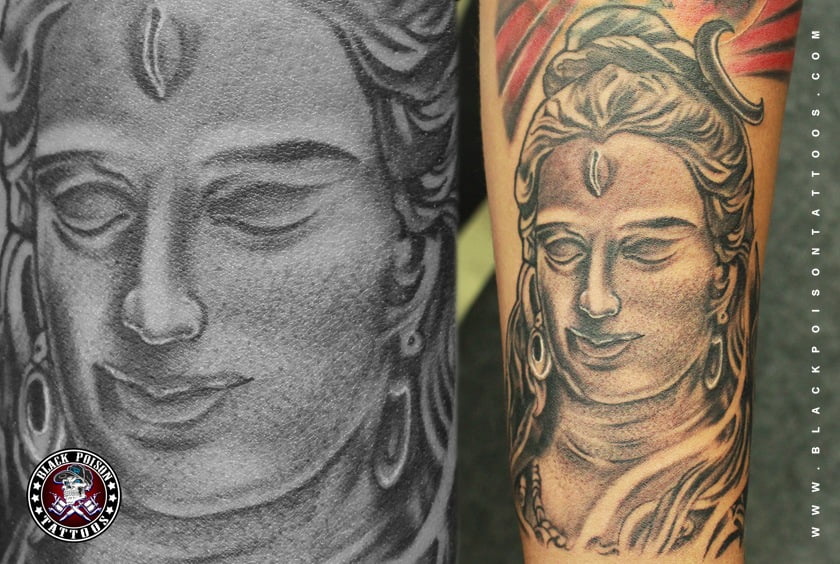 The power or energy of Shiva is Parvati. Shiva’s first wife was Sati and his second wife was Parvati. Both are the forms of Adhi Shakti. They are also known by many other names, such as Uma, Gauri, Durga, Kali, Annapurna and Shakti. He is known by many names and tittles. As a god of anger, He is Rudra, the Red One, feared by one and all. As Kailasapathi, He is the Lord of Kailash, His Abode in the Himalayas. As Purusha, He is Iswara Himself. As the Lord of the beings, He is known as Pasupathinath. His sons are Ganesha and Kartikeya. Shiva taught Parvati , Vedanta (transcendent knowledge), while Parvati tought him Sankhya (cosmological knowledge). Both are perfected yogis.

Lord Shiva is conceived in his unborn, invisible form as the Shiva Lingam. The Lingam represents the male creative energy of Shiva. This main symbol of Shiva is worshipped in virtually every Hindu temple and home. Through profound understanding of this symbol, the mystery of creation can be understood as an act of love.

When Ganga incarnated on Earth, Lord Shiva captured her in His hair mat to stop Her from flooding the earth. As the bearer of the sacred river Ganges, He is known as Ganagadhar. Because of His matted hair, He is dearly called as Jatadhari, by His ascetic followers. As a perfect being He is Siddheshwar. With His Trident in His hands, He became popular as heroic and fearless Trisuladhari. As the world teacher, He was eulogized as Dakhshinamurthi by Adi Shankara in his famous book, “Hymns to Dakhshinamurthi”. The fact that a great mass of heterogeneous cults and practices came to be associated with Him, suggests that in His unlimited wisdom and boundless love as a World Teacher and Father of all, Lord Shiva, gives immense freedom to His followers to choose whatever path they want to follow for their self-realization.

Shiva worshippers (Shaivites) are among India’s most ascetic Sadhus and yogis, their body smeared with ashes, dressed in saffron colors and wearing a Rudraksha mala. The path of Shiva can thus be seen as the inward-going path, the great journey to find the inner self and self-realization.