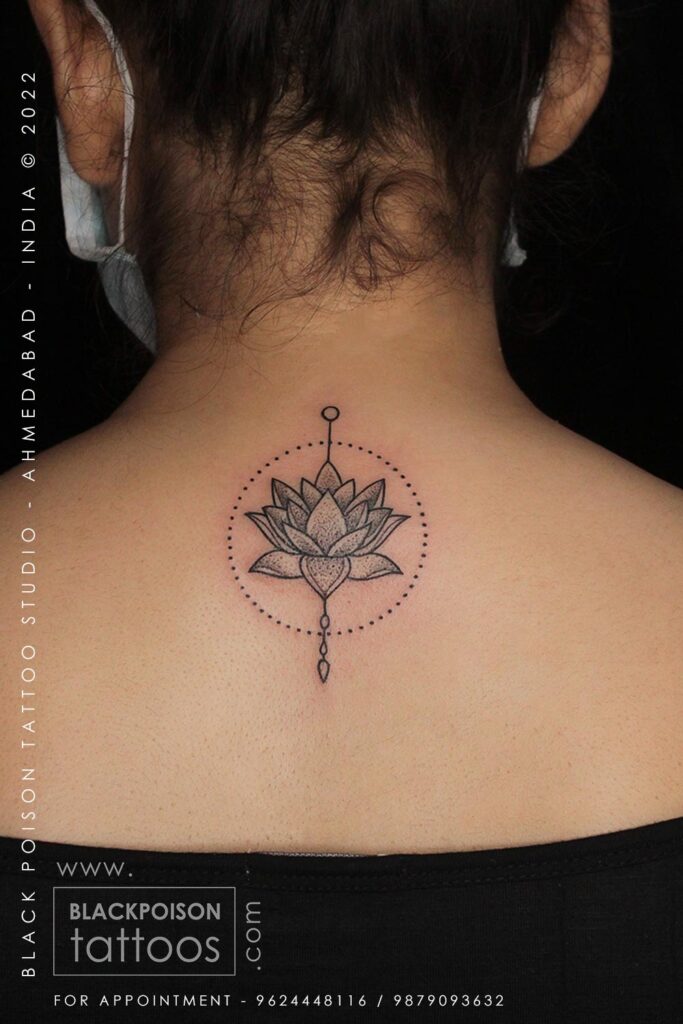 A Lotus Tattoo on a Girl’s Back

Lotus tattoos have a special meaning for those who believe in the power of the number four. If you’ve got a friend or family member who is deeply religious and into numerology, an amazing gift could be in your hands. A lot of them are associated with Buddhism because they symbolize purity, beauty, and self-discipline. These tattoos can be found all over Asia, usually on people’s backs. They come in various forms and are often combined with other symbols to create more complex designs. The most common motif among them is the lotus flower, which blooms only after it seeds itself on muddy soil. It symbolizes renewal and self-knowledge. Lotus Tattoos: Meaning and Significance

What does a lotus tattoo mean?

Lotus tattoos are often seen in Buddhist cultures, where they are believed to improve the wearer’s concentration and promote mindfulness. They are also believed to ward off evil spirits and bring good luck.

The lotus flower is also found in Hinduism. The flower is referred to as “the divine flower” and is often found next to Ganesha, a Hindu god who is often depicted with a lotus flower on his stomach.

Symbol of purity and self-discipline

Lotus flowers are beautiful, delicate, and very rare. When they bloom, they’re only in bloom for a short period of time before they dry out. The combination of these themes makes the lotus tattoo an amazing gift for someone who is religious, or even someone who has a strong belief in luck. The symbolism of the lotus flower is that it blooms only after it seeds itself on muddy soil. The lotus flower represents renewal and self-knowledge. It has many meanings, and is often associated with Buddhism, Hinduism, and other ancient religions.