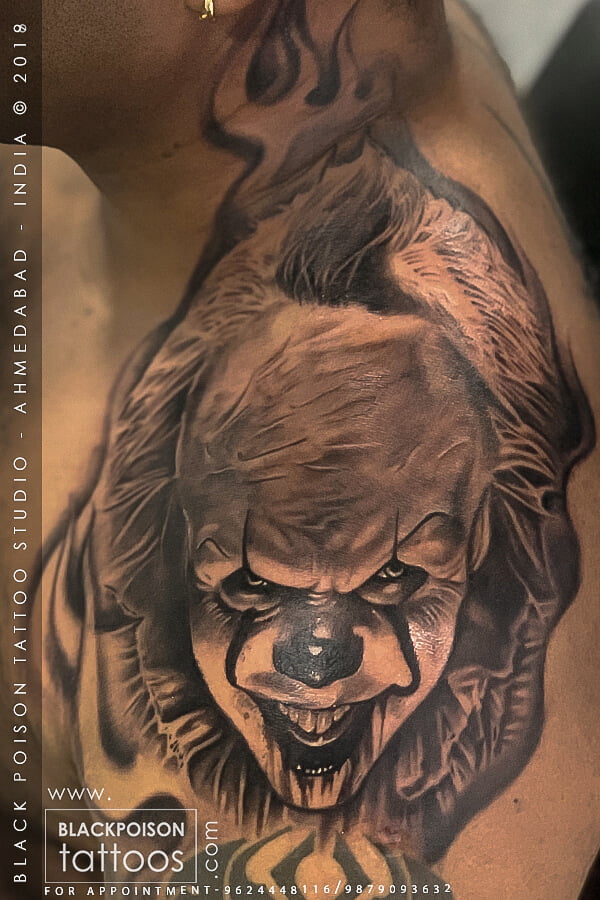 In the novel, It is a shapeshifting monster who usually takes the form of Pennywise the Dancing Clown, originating in a void containing and surrounding the Universe—a place referred to in the novel as the “Macroverse”.

In the novel, It claims that its true name is Robert “Bob” Gray, and is name “It” by the Losers Club. Throughout the book, It is generally refer to as male due to usually appearing as Pennywise. The Losers come to believe It may be female (because it lays eggs), and perceiving It’s true form as a monstrous giant spider. However, It’s true appearance is briefly observed by Bill Denbrough via the Ritual of Chüd as a mass of swirling destructive orange lights known as “deadlights”, which inflict insanity or death on any living being that sees them directly. The only person to survive the ordeal is Bill’s wife Audra Phillips, although she is rendered temporarily catatonic by the experience.

Its natural enemy is the “Space Turtle” or “Maturin”, another ancient dweller of King’s “Macroverse” who, eons ago, created the known universe and possibly others by vomiting them out as the result of a stomachache.

The Turtle appears again in King’s series The Dark Tower. Wizard and Glass, one of the novels in the series. Suggests that It, along with the Turtle, are themselves creations of a separate. Omnipotent creator referred to as “the Other” (possibly Gan.

Throughout the novel It, some events are depicts from Pennywise’s point of view. Describing itself as a “superior” being, with the Turtle as an equal and humans as mere “toys”. Its hibernation begins and ends with horrific events. Like the mysterious disappearance of the Derry Township’s 300 settlers in 1740-43 or the ironworks explosion.

It awoke during a great storm that flooded part of the city in 1957, with Bill’s younger brother Georgie. The first in a line of killings before the Losers Club fight the monster. A confrontation culminating in Bill using the Ritual of Chüd to severely wound It and force It into hibernation. Continually surprised by the Losers’ victory, It briefly questions its superiority before claiming that they were only lucky. As the Turtle is working through them. Pennywise makes a tangential appearance in King’s 2011 novel 11/22/63, in which protagonist. Jake Epping meets a couple of the children from It. Asks them about a recent murder in their town, and learns that the murderer apparently “wasn’t the clown.”

It also appears to Jake in the old ironworks. Where it taunts Jake about “the rabbit-hole,”. Referring to the time portal in which Jake moves from one time to another.