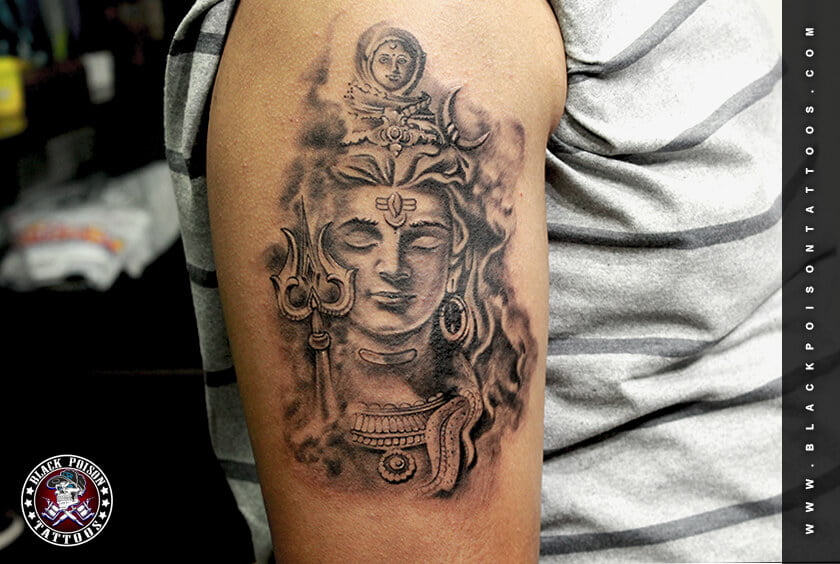 Shiva (Sanskrit: Auspicious One), or Siva, is one of the main Deities of Hinduism, worshiped as the paramount lord by the Saivite sects of India. Shiva is one of the most complex gods of India, embodying seemingly contradictory qualities. He is the destroyer and the restorer, the great ascetic and the symbol of sensuality, the benevolent herdsman of souls and the wrathful avenger.Shiva was originally known as Rudra, a minor deity addressed only three times in the Rig Veda.

He gained importance after absorbing some of the characteristics of an earlier fertility god and became Shiva, part of the Trinity, or Trimurti, with Vishnu and Brahma.Shiva is ‘shakti’ or power, Shiva is the destroyer, the most powerful god of the Hindu. Pantheon and one of the godheads in the Hindu Trinity Known by many names. Mahadeva, Mahayogi, Pashupati, Nataraja, Bhairava, Vishwanath, Bhava, Bhole Nath – Lord Shiva is perhaps the most complex of Hindu deities. Hindus recognize this by putting his shrine in the temple separate from those of other deities.

The Cult of Shiva

Shaivism, or Saivism, is one of the most popular Hindu cults. It embraces many theological practices, although all agree on three principles: pati. or God; pasu, or individual soul; and pasa, or bonds that confine the soul to earthly existence. The aim of Shaivites is to rid their souls of bondage and achieve shivata, the “nature of Shiva”. They achieve this through ascetic practices and penances, with an emphasis on yoga and renunciation. Many Shaivites become wandering sadhus or hold men. Shiavites mark their foreheads with three horizontal marks representing the three aspects of Shiva.

“Shiva often wears a snake coiled around his upper arms and neck symbolizing the power he has over the most deadly of creatures.”

Shiva often wears a snake coiled around his upper arms and neck symbolizing the power. He has over the most deadly of creatures. Their natural process of molting or shedding their skin is symbolic of the human soul’s transmigration of bodies from one life to another.

Shiva’s female consort and wife is Parvati; because of his generosity and reverence towards Parvati, Shiva is considered an ideal role model for a husband. The divine couple together with their sons. The six-headed Skanda and the elephant-headed Shiva – reside on Mount Kailasa in the Himalayas.

Shiva often holds a trident, which represents the Hindu trinity of Brahma, Shiva, and Vishnu.