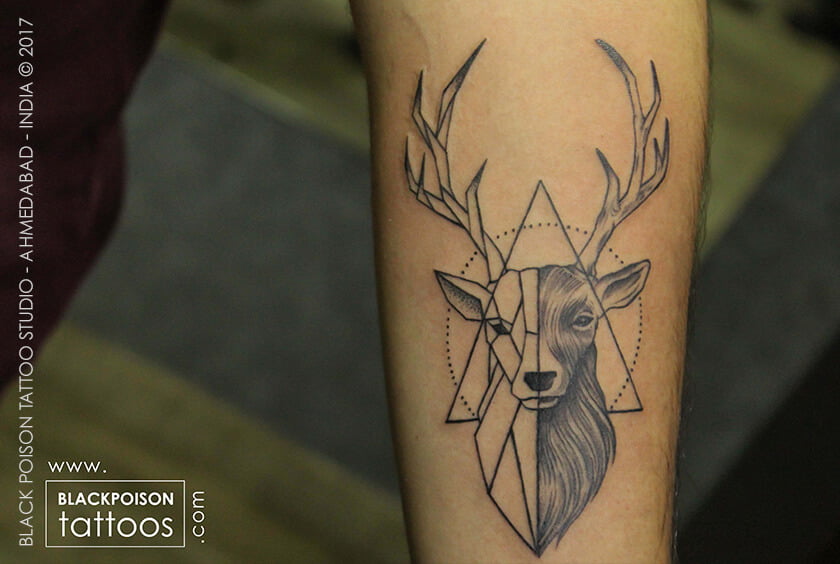 Deer have been revered as animals of beauty and grace, with their lithe movements attracting the human race to chase and catch them. At the same time, this charming animal is associated with some symbolic attributes, like a female deer or doe is regarded as an epitome of motherly love, kindness, and gentleness. On the other hand, a stag or male deer denotes fertility, virility and sexual prowess. In general sense, the deer tattoo relates with the symbolic meanings of nobility, peace, love, and kindness. Some also regard it as a sign of rebirth and resurrection while others take it as an epitome of beauty.

Fast forward to the time of the Celtics, and they depicted the deer as a mighty force in the woods. The deer antler tattoos can represent the same things the Celtics considered the best in these creatures.

Although already considered a powerful beast, the deer, and his antlers were also responsible for blazing trails, for clearing the way in the woods so the weaker female and children could easily follow behind. This mighty stag would cut a path through the thickest forest. So that those behind him could have an easier go at it.

Stag Tattoo Today ink lovers connect with that dominant force, a leader in tough times, someone who is willing to sacrifice for the rest of the group.

Take one look at the size of that rack on the deer. It can strike fear in even the strongest of foes.

This dominant creature of the forest is savvy in that it can find. The best herbs in the woods with little effort.

Antler has a different meaning who love getting inked