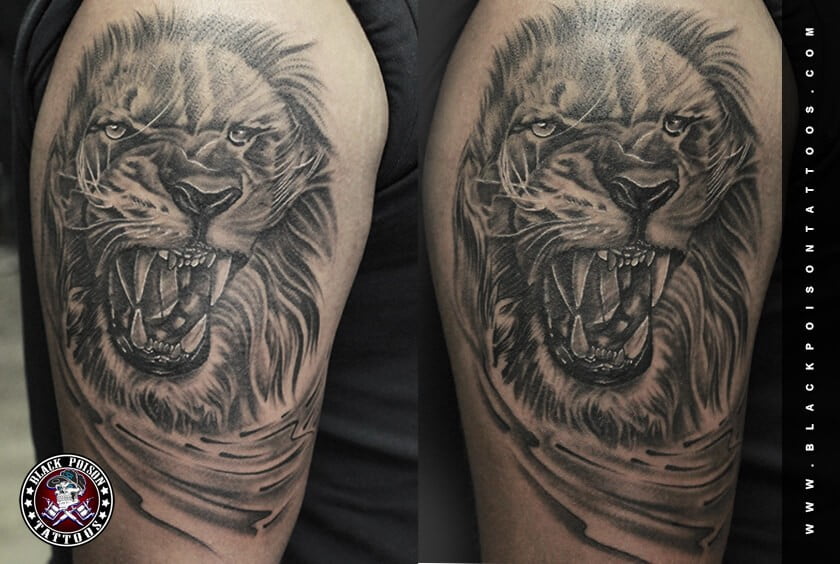 The lion has been portrayed for many years in ancient cultures, legends, mythology, astrology, literature, movies, and much more. In a few ancient civilizations, lions were owned by kings and royalty. The lion was a symbol of power to the people of the king’s power and strength. In an interesting contrast, in Roman mythology, the lion is associated with love.

The lion is also a solar animal. This means that the lion has sun-like qualities and characteristics. In many cultures and beliefs, the lion is associated with the sun. It is said that the lion’s mane looks like the rays of the sun—a trait that many tattoos often highlight. In other ancient myths, the lion represents the transformation and journey from childhood to adulthood.

The Lion Tattoo is also very symbolic to the Chinese. It represents a symbol of good luck, guardianship, and power. The Chinese also believe that the lion is a symbol of the earth and sun. Many people know that the lion “Leo” is part of the Zodiac. Leo is the 5th sign of the Zodiac, and anyone born between July 23-August 22 is considered to be a Leo. People born during this time are very highly energetic and are good hearted people. The Leo is somewhat timid and enjoys control, but they are very generous. The Leo also represents balance.

As you now know, the lion has been portrayed throughout human history and they have been symbolic figures for many years. It is one of the most symbolic animal tattoos that are available. Due to all the different meanings it holds, it is highly sought after in the tattoo world. There are also a variety of different designs and styles for it as well. There are tribal designs and Celtic designs, and many more. Before choosing a final design, make sure you check out every style and design that is available. Make sure you choose a design that you are satisfied with.