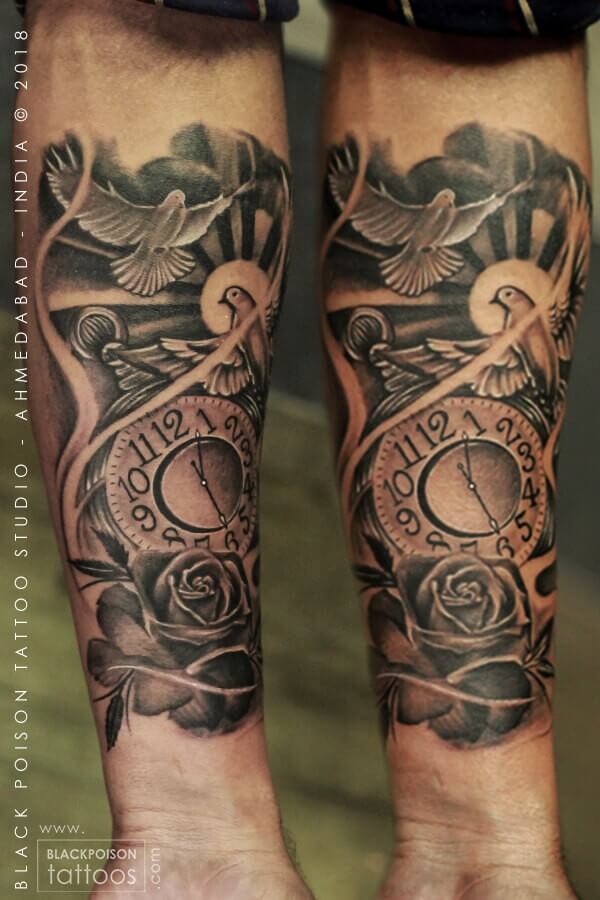 The History of the Dove Symbol

The dove ranks as one of the most widely-known symbols around the world, universally representing peace and love. Due to the symbol’s wide recognition, these tattoos are popular all around the globe.

The dove embodies a variety of positive meanings.

Enduring Love. Because doves mate with one partner for the duration of their lives and also take care of their young together, they represent steadfast love and devotion. The bond between the mated pair is a lifelong, enduring, and faithful partnership.

Mythological Significance. The dove is also mentioned in Greek and Roman mythology: the Greek goddess Aphrodite, the goddess of love and fertility, was said to ride in a chariot borne by doves. Her seven daughters (known as the Pleiades) are referred to as a flock of doves in Greek mythology. Some tribes believed that the spirits of the dead are transformed into doves. Some American Indians may use the dove tattoo to represent this association.

Many examples of Christian art depict Jesus accompanied by a flock of doves. Doves are mentioned often in the Bible, for example in the story of Noah’s Ark. Before the great flood, God ordered Noah to build a ark for him and his family and to gather all the animals in pairs, one male and one female. God then flooded the earth and everything was destroyed. After several weeks at sea, Noah sent out a dove and a raven to look for signs of land. When the dove returned with an olive branch in its beak, this was a sign that life would start over.

The Messenger. There are many stories about the dove carrying messages, sometimes messages from God, sometimes love letters. https://www.pinterest.co.uk/pin/513128951289302847/?nic=1